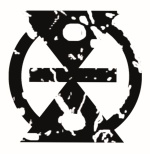 In the late 80’s, the CombiNations began to make a name for themselves as an up-and-coming D.J’s, throwing dance parties in their hometown and playing at New Jersey hotspots like Burch Hill and the Cave. They played with raw energy and spiritual emotion that reflected his sets, encompassing everything from jazz, funk, hip-hop, reggae and trance to new wave.

In 2008, the CombiNations (after a brief hiatus) partnered  up with Jun “Jaynuz” Nunez, and came  back on the house seen producing dance music for jellybean Soul records, cyberjamz records, Omi Tutu records, Selekta records.

In 2014, the group founded CombiNation Music Records (through the encouragement and support of Joe Claussell), and distribution through Atypical Dopeness to showcases the diversity of dance music from the Afro-soul, tribal & funky to the modern sounds of tech house. CombiNation music is always looking toward the future of dance music to keep the music relevant, innovative and progressive.

In the new millennium, the CombiNations focus is to establish themselves as music producers and dance DJ’s. Our mission is to combine musical genera’s from different cultures to produce original dance music in order to release positive vibrations to the world. Our vision is to help keep House Music ALIVE

The “Nulukwana” package is the first debut release on CombiNation Music records. The African song is written, sung and originally produced by Charlie Hamilton, a talented music producer and song writer from South Africa. The Combinations heard the song (Nulukwana) from mutual friend Max Martinex and immediately reached out to Charlie to remix the vocal and create an E.P.   The release comes fully loaded with hard hitting remixes from producers The CombiNations (Johnny & Julio Nunez), Rob Lee, Michael E. Witzel and Max Martinez. All delivering an end product with a BIG Dance Floor appeal! These remixes are sure to satisfy a wide range of people on the dance floor, from deep, edgy progressive, Afro-soul and tech house. This E.P is definitely for house heads of all genres!