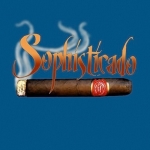 Sophisticado Recordings was started in 2006 by Vick Lavender & Steven Stewart.

After co-founding Chicago’s finest live house music band (MR A.L.I) with house music veteran Jere McCallister, Vick Lavender branched out to further what he started with MR A.L.I which was the intent of bringing the live as well jazz/fusion element to deep & soulful house music.

2008 was the year Sophisticado Recordings was officially launched via traxsource & quickly established itself as one of the more serious players in the world of the soulful house music genre.