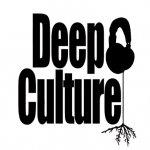 In this day and age when labels and artists are abundant, saturating the industry with copious amounts of material, one has to wonder why anyone would feel like contributing to the glut of what is already in circulation. Faced with this dilemma the only approach that makes any sense is to slow down and take the time it takes to craft quality music. When Deep Culture Music (DCM) was conceived by Percussionist, Producer & DJ, Myles Bigelow, the primary objective of the label was to offer skillfully crafted music tracks with an emphasis on quality of expression. In the eyes of the label these basic preconditions had to be met for any musical expression to rise above the commonplace and distinguish itself as exceptional.

Deep Culture Music incorporates organic with technological instrumentation covering a range of styles from organic to electronic, and a broad range in between. Quality transcends the boundaries of music styles and fusions of all kinds are constantly redefining the contemporary world of sound. The musical concepts that we regard as exceptionally engaging at DCM are usually grounded in massive amounts of in depth musical knowledge. At DCM we are constantly creating or looking for those special gems that will stand the true test of time and enhance your collection. We take special pride in our music catalogue because it represents a selection of the finest music at our disposal. Good quality music has always been a staple of this label and that is something that will never change.

From Boston to Cuba, New York to Vancouver this Multi-talented performer has honed all the skills needed to move his skills from skins to bass bins.

Myles studied at Berklee College of Music in Boston and at the University of Music in Havana, Cuba. He then toured and recorded with such acts as AlexCuba Band(Latin Grammy winner) Orlando “Maraca” Valle (Latin Grammy Nominee), K-OS (Juno winner), and Alpha Yaya Diallo (Juno winner). He also shared the stage with world class acts such as Wynton Marsalis and Earth, Wind & Fire to name a few.

Running at a high pace Myles continues to perform live whether as a DJ or live band performance or a hybrid of both mixed together. This is living, breathing, forward thinking music. The progressive party sound.